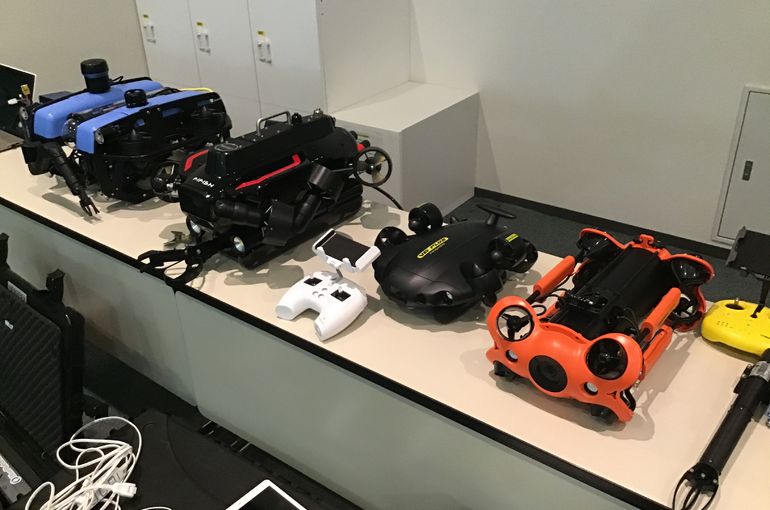 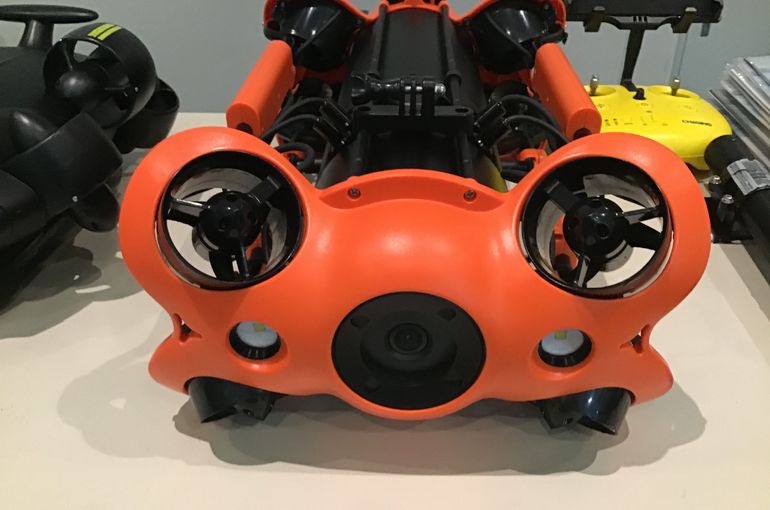 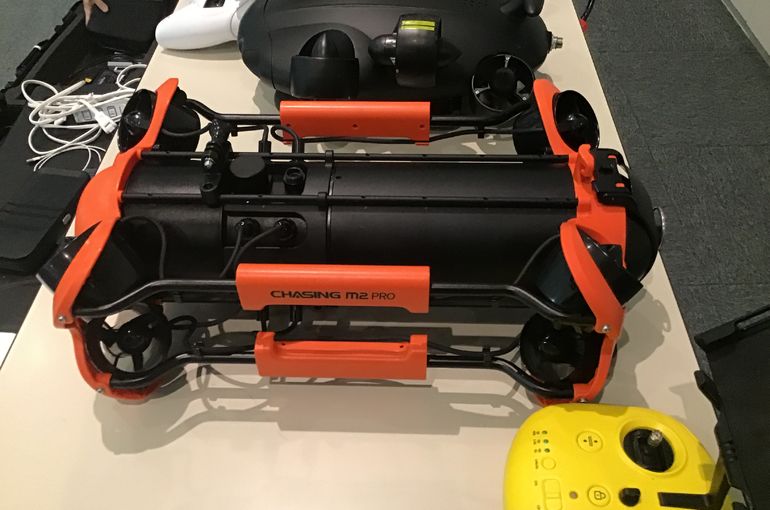 Last Wednesday, the 21st, I went to an underwater drone experience event held by SEKIDO Co., Ltd. The experience session was held at Minami Machida Seminar Plus, which is adjacent to Minami Machida Grandberry Mall. The actual operation of the underwater drone was done in the pool on the first basement floor. There was only one staff member at SEKIDO, and it seemed to be difficult.

The first model I piloted was the Chasing M2 Pro. This model can sail at a speed of 4 knots, which is considerably faster than any other underwater drone so far. Actually, I felt that 4 knots was fast. I was told that the camera is 4K and the viewing angle is about 100 °. The camera doesn't move, but the underwater drone itself can be stopped facing up or down, so you can shoot down or up. In addition, it has a posture maintenance function underwater, and it seems that the posture can be maintained even if it is hit by waves. The posture maintenance function is a very effective function in that the field of vision does not blur. In fact, it is unclear how much waves it can withstand. But I hope it will work as it should. In the case of the sea, I personally feel that it is more of a problem to be washed away than to lose posture due to the waves. This model also has a platform that can supply power. With this platform, you can run your underwater drone for an unlimited amount of time. The aircraft was light as if you were holding it in your hand, so it may be easy to be washed away. The light is as bright as 4000 lumens, so it seems that you can shoot even in the sea as deep as 50m.

I didn't actually use the equipment this time, but Chasing M2 Pro has many equipment options. Imaging sonar, robot arms, water samplers, metal detectors, etc. I thought that Chasing M2 Pro has more applications than the conventional underwater drones that only shoot underwater. Chasing M2 Pro itself costs around 500,000 yen, but the equipment option imaging sonar seems to cost more than 4 million yen. "That's expensive," he said to the staff, and he replied, "4 million yen for imaging sonar is quite cheap." Many of the machinery handled underwater are expensive. Imaging sonar makes it possible to grasp the terrain by applying sound waves even in places with poor visibility. It may be used for searching for lost items, etc., instead of the conventional method of using an underwater drone to shoot beautiful underwater images. I would like to introduce it in the future.

Next time, I will report on FIFISH PRO W6. It was a very powerful aircraft.