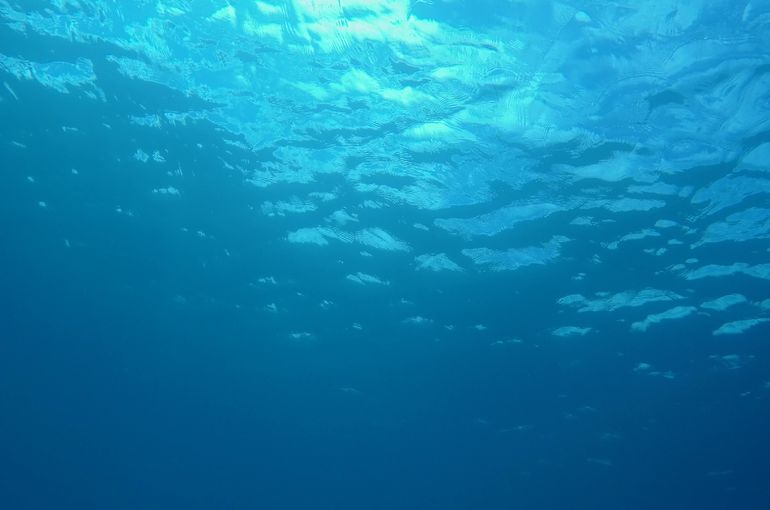 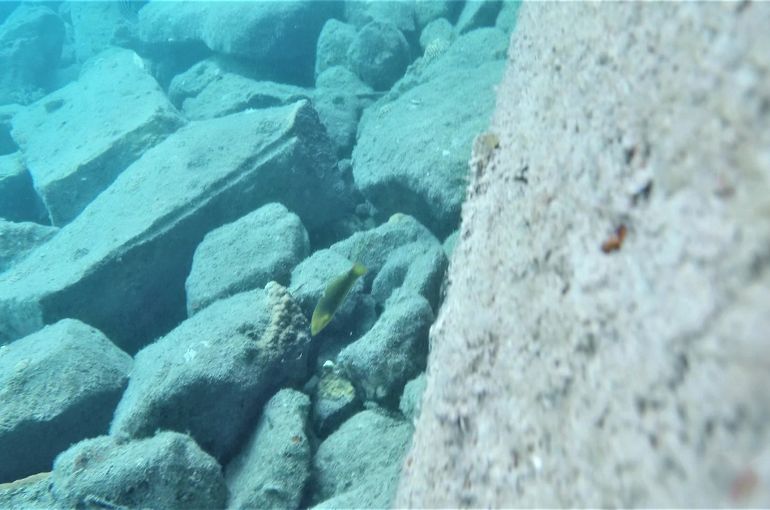 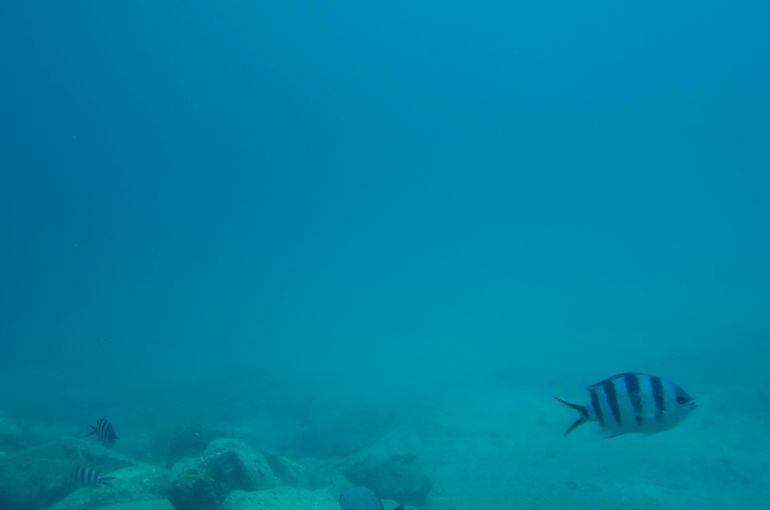 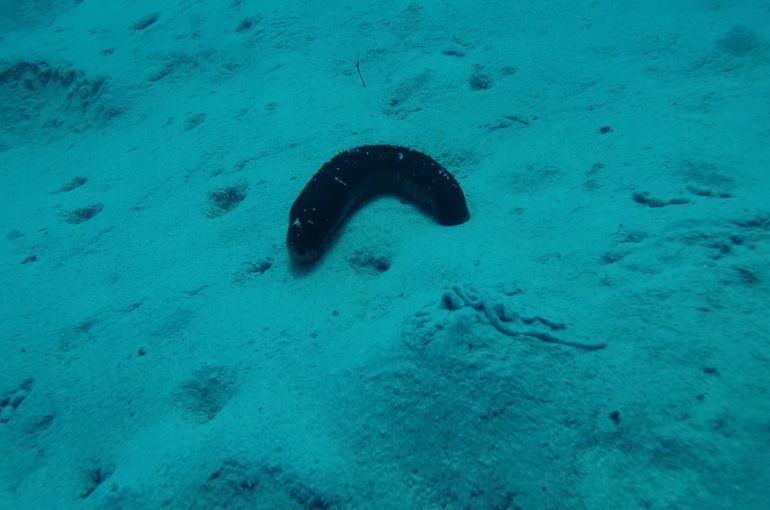 The sea on Chichijima is very beautiful. I have been to Okinawa and Guam, but many creatures gather in the sea of Chichijima. May may be a little out of date, but at night sea turtles come to spawn on the sandy beaches of the coast. Even in the daytime, sea turtles over 50 cm were swimming near the coastline. Also, at night, near the market, many fish were gathering in the sea illuminated by the streetlights. There were also big rays and sharks inside. I heard that it is not a type that is particularly harmful to people. At night, the locals are feeding, so they started to gather. It's almost the same as the carp in the pond. Even in the ports of Okinawa and Guam, creatures did not gather in this way. So, I tried exploring the sea of Chichijima using the underwater drone PowerRay. The photo was taken at the breakwater on the Futami Port Meteorological Agency side. It is a place where Ogasawara Maru etc. do not enter the port, so I took pictures with confidence. Of course, no one blamed me for using an underwater drone. The first photo is a view of the sea surface from underwater. You can see that it is a beautiful sea with no trash floating.

Even if you say a breakwater on the coast, don't underestimate it. Chichijima is a treasure trove of tropical fish. You can easily find beautiful tropical fish near the breakwater. Many are friends of Lethrinidae and Damselfish. There are quite a few blowfish, but I didn't see them much this time. However, I didn't see as many fish as I was shocked 25 years ago. I can't find a lot of blue parrotfish. This time, it may be because I didn't use bait like fishing bait for the underwater drone. Perhaps it is due to environmental changes. After all, I should have hung sakura shrimp and komase for fishing on PowerRay. I'm sure that person would have come closer to the fish.

When I left the breakwater, it was a white sandy area.

A dozen meters away from the breakwater, the rocky seabed turned into sand. It was the same as the white sand beach that I sometimes see on the coast of Chichijima. Few fish were found on the white sandy seabed. I don't see any fish that live on sandy beaches like kisses and flatfish. Instead, there was a black sea cucumber. I saw this black sea cucumber on the coast of Guam, but is it the same kind? However, overwhelmingly many sea cucumbers were rolling on the coast of Guam. If you want to experience a little fishing on Chichijima, we recommend the coast of Futami Port because it has a lot of fish shadows and is easily accessible. However, you may not be able to catch it unless you are fishing near the breakwater wall.
Even if you can't swim, the sea is still an interesting place. Rather, those who cannot swim will be more attractive and impressed in the sea. We rent underwater drones that even people who cannot swim can easily explore underwater. Please take a peek into the sea. I'm sure you will be impressed.