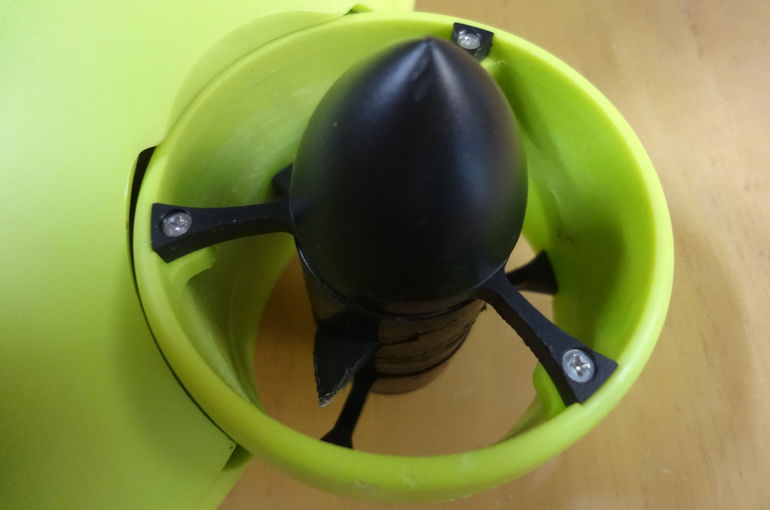 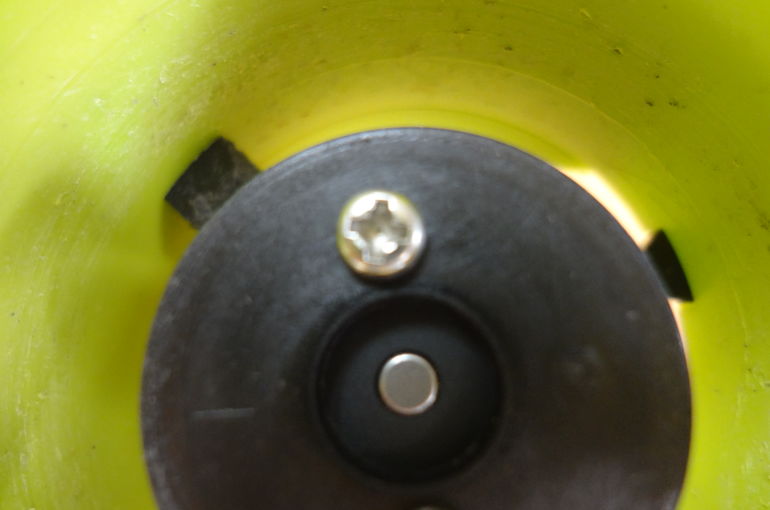 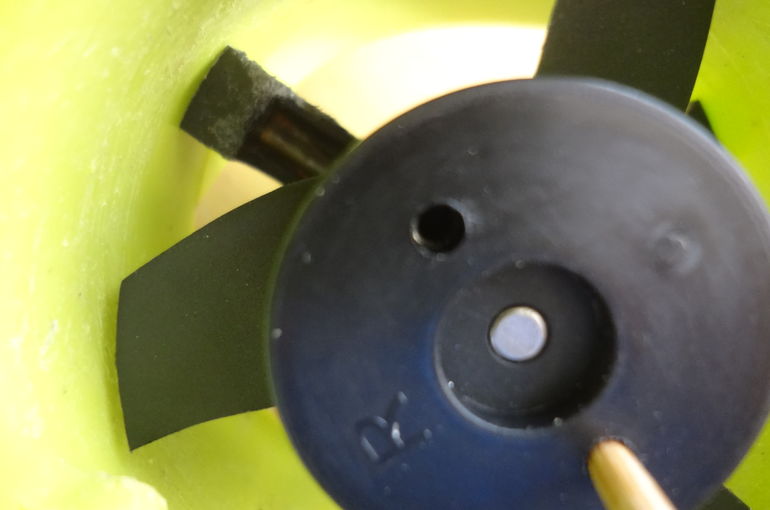 The screw of FIFISH V6 is damaged.

FIFISH V6 is equipped with three large screws on each side, for a total of six locations. Due to the relatively large screw, it often catches foreign matter floating in the water. In the past, fishing line could get caught and the screw could stop. This accident was caused by involving fishing gear floating in the water. The wing part of the rear screw was completely damaged. The fishing gear involved was a worm and a lure with a thread. The lure came off on the way, but the worm was attached. Perhaps the screw caught the thread, and the lure or worm that was connected earlier hit the screw, causing damage to the wings. I was a little surprised because the wings were damaged unexpectedly easily.

The screw head that was holding the screw was crushed.

FIFISH V6 screw replacement is the replacement of the screwed wing part (hereinafter referred to as the wing part). First, remove the protruding holder cover on the screw part. This holder cover does not have a function to prevent foreign matter from entering. It seems that the screw part is attached so that it does not come into contact with protrusions such as rocks. When I removed the holder cover and looked at the screw part of the vane, the screw was already crushed. When I contacted customer support, I was told that this screw could be removed with a # 2 Phillips screwdriver. I tried to remove the screw, but the screw head licked and I couldn't remove it. So I managed to remove it with a screw Zaurus, which removes the crushed screw. At the time of shipment, the screw head is crushed from the beginning because it is a product made in China, so there is no choice but to think. Probably the production is rough. It is not uncommon for Japanese companies to come with the tools needed to maintain the aircraft. At the very least, a manual with the information needed for maintenance will be attached. Unfortunately, Chinese manufacturers cannot expect the information needed for maintenance.

It is convenient to have a bamboo skewer when replacing the screw.

I removed the broken and lost wings and installed new wings. At this time, it is necessary to align the screw holes on the support with the screw holes on the vane. I visually checked it several times and tried to match the holes, but they didn't fit at all. With the black holding part and the black feather part, it is a really difficult task to visually match. Therefore, in order to match the screw holes, a bamboo skewer was inserted into the screw hole of the support, and the vane was attached through the bamboo skewer. As a result, the screw holes were properly aligned and the vane was successfully attached. Even if it is not a bamboo skewer, if it is a thin rod-shaped object, it can be used for screw hole alignment. To be honest, bamboo skewers can break, so I don't recommend it. Unlike flying drones, a lot of garbage is floating in the seas and lakes where underwater drones navigate. Especially fishing gear left on the seabed or lake bottom is really dangerous. Like this time, there is a risk of damaging the FIFISH V6 screw. Even the equipment you rented may not be usable in an unexpected way. Even in such a situation, we rent FIFISH V6 with tools and screws necessary for maintenance. Please take advantage of it.